Put Some GAY In Your Day!

Mountain West Hard Cider is ecstatic about being able to participate in the Utah Pride Center’s Pride Festival this coming weekend as well. “We value diversity and inclusion. We always have and always will. We are happy to show support and celebrate Pride Month in style,” says owner Jennifer Carleton. “We’re proud of our workplace, and we’re proud to fight for diversity and inclusion in our community. We strive to create an inclusive culture at Mountain West and in our community that welcomes and values all walks of life.” 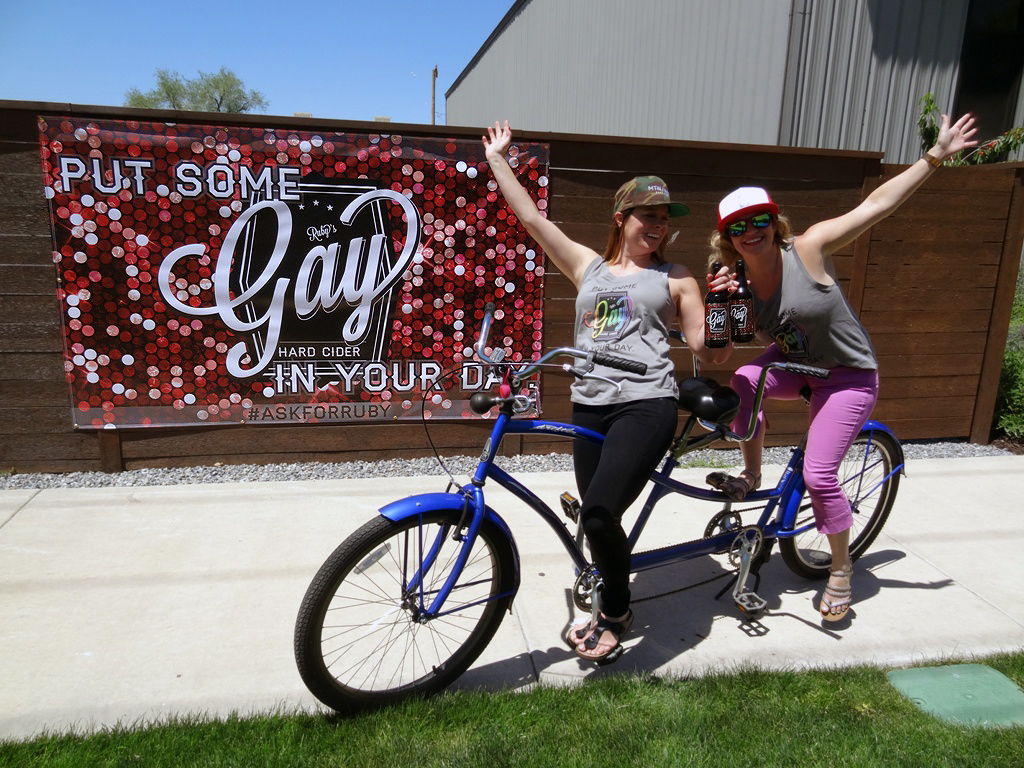 In addition to the limited-edition labeling, Mountain West Hard Cider is also donating a portion of its proceeds from Ruby’s Gay Hard Cider to Utah Pride Center. The Utah Pride Center is a local nonprofit that plays the vital role of providing information, programs, referrals and services to the diverse LGBTQ+ community in Utah. 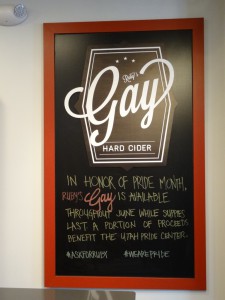 Mountain West Hard Cider proudly presents the Karaoke Stage during the Utah Pride Festival – be sure to sign up for a spot! Also, look for the us between the Main Stage and the Karaoke Stage during the festival! It runs from June 3-5th, 2016. We’ll have a bunch of cool merchandise representing our support for Pride Month and it’s possible there might just be some goodies for those that drop by….